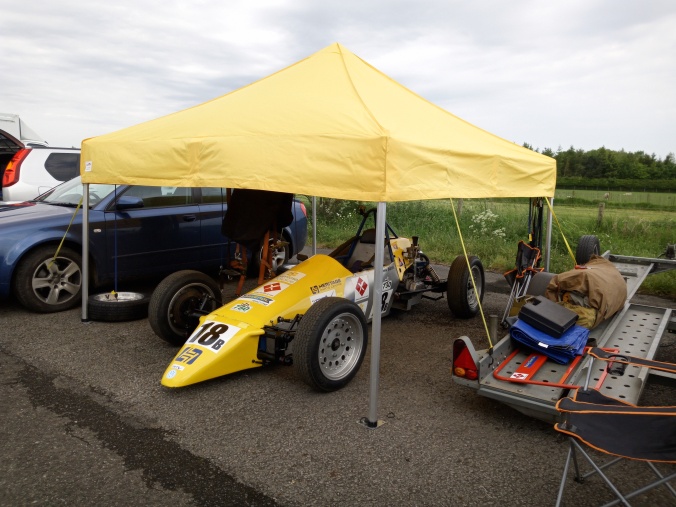 Racing Team Vee escaped the torrential downpours in the Midlands and made the long trek to Croft in North Yorkshire for an unexpectedly sunny and dry two days.

Having spent every moment repairing the crash damage picked up at Brands Hatch, a few last minute problems were only spotted as we loaded the Primrose Hospice sponsored Sheane Formula Vee car onto the trailer, and so things weren’t looking great for results at one of James’ favourite tracks.

Despite the worries, Glenn Hay had managed to balance the car well and James was able to put some good lap times in to start from 14th and 13th for the races.

James gained a couple of places at the start of the first race before getting stuck into a 6 car battle. With the car struggling on the straights due to lack of power, James tried to make up as much time as he could through the corners but got shuffled back in the pack.

On the final lap the car ahead had a misfire on the fastest part of the track, blocking James at a crucial section and allowing Mark Egan to sneak through and dropping James to 16th overall and 5th in Class B. 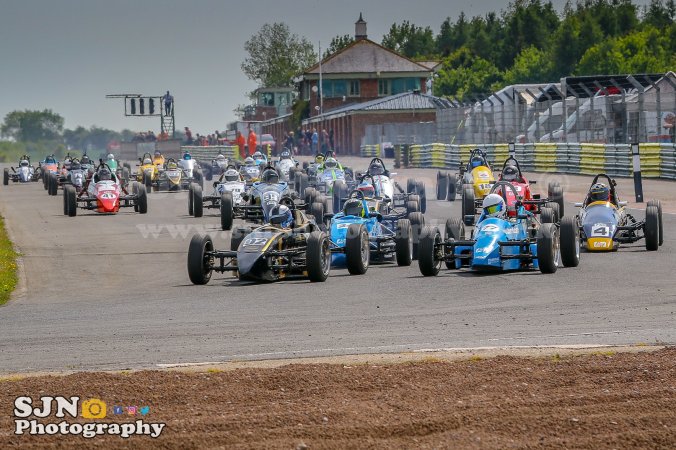 Race 2 saw James taking 9th place through the first few corners after some close wheel to wheel action with Andrew Cooper – the battle for second in Class B.

Despite being chased hard for the whole race, James was able to pull out and hold a safe gap to the pack behind who were waiting to pounce on the slightest mistake.

With James pushing to the limits around the high speed circuit the race was red flagged for another incident, leaving James with a solid and best ever result of 10th place and 3rd in class.

The overall honours went to Craig Pollard once again, who just pipped James Harridge and Ian Jordan to the early flag. With Harridge also taking the class B win that left Cooper in second again sandwiched between the James’s.

The next round will be a very rare international race at Mondello Park in Ireland on the 7th and 8th July, where the UK Championship races will form part of the Irish Vee Festival. James will be hoping to repeat his new found confidence and build even more speed to take him closer to the leading pack. 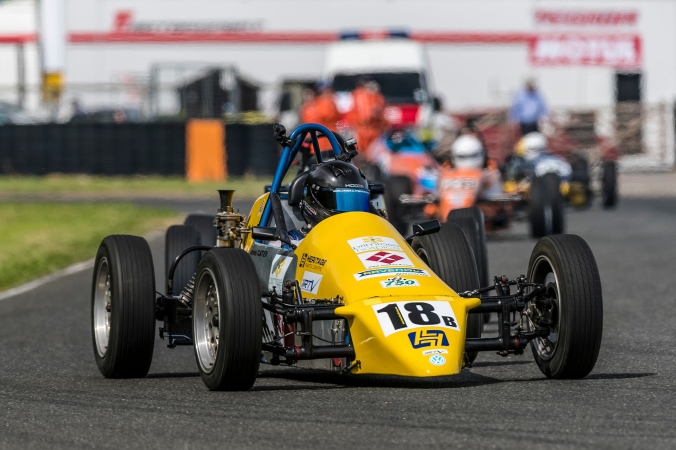