At the final race weekend of the year, James Cater finally managed to get on the elusive B Class podium with a hard-won 3rd place and 11th overall on the Snetterton 300 circuit in Norfolk.

Following the disastrous Silverstone weekend where two engine studs snapped (likely to have been caused by the long holding times with the engine running), Glenn Hay made the decision to swap in next years engine, using most of the internals from the ruined engine.

With no time to test, Racing Team Vee drove the trusty VW camper to the Norfolk circuit on race day – with almost all the other drivers having arrived at the circuit the day before to test or set up. 750 Motor Club put on a great value extra test session at 09:00 – but with qualifying scheduled for 10:35 if we found any problems we’d have had no time to fix them anyway.

The RTV Sheane took to the track for a very limited qualifying session. With a red flag stopping the session, James only managed one lap whilst trying to get up to race speed, putting him 22nd and 21st on the grid for the final two races of the 2016 Formula Vee championship.

James reported that the car felt good, and it felt like he was driving hard but it still didn’t seem fast. He opted to leave the settings as they were for the first race, possibly stiffening up the damping front and rear for the second race, if the speed couldn’t be made up by his driving.

Another great start in race 1 moved him up the grid onto the back of a large pack fighting for the final trophy place, mixed with a number of higher spec A Class cars.

After fighting through to the front, James was able to hold off the assault, pulling away with 2 laps to go when several of the chasing pack fell victim to an oil spin on the infield of the circuit.

Despite another hard fight in the second race, James fell back from the main battle with the engine losing power, finishing in 18th place overall and 5th in class.

All of the action was captured by cameras supplied by sponsors JooVuu – the UK based action/dashcam company.

Although the regular season has now ended, RTV will be out one more time on the last weekend of October for the Formula Vee Festival at Brands Hatch, where there will be qualifying and 3 races against competitors from the Irish championship.

Hoping to improve on the 9th place finish we had last year, and knowing that the new engine is reliable, we should be able to get a little more from it, and James will be keen to push harder as a driver on his 3rd visit to Brands Hatch Indy circuit. 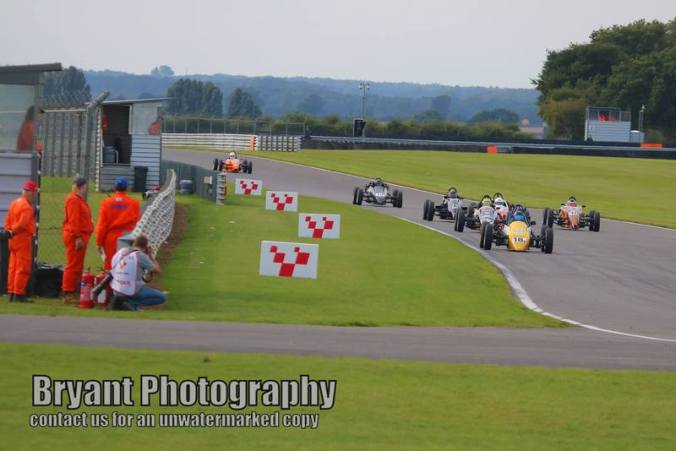